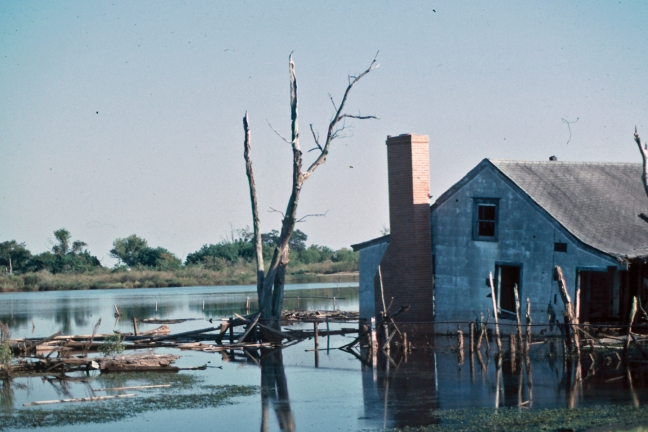 With memories of Hurricane Katrina and its tenth anniversary still fresh upon us, we reel as our friends on the other side of the world — in Chennai, India — continue to struggle after the worst rains there in more than 100 years. Our hearts pour out to them as they repair their city and support each other in returning to normalcy.

We’ve been there. We understand. Be well, and stay strong, Brothers and Sisters.

It’s all about birds at the end of a year. With only a handful remaining to bring us over our previous number, we’ve been pouring over eBird to find those missing from our list, grasping at straws.

First, it was the Red-headed Woodpecker. Fail!

You should know that we have been birding every day. The last ones are definitely the trickiest as we’ve seen pretty much all we’re going to see by late fall. We remain on high alert, with camera, field lenses, and field guides always at-the-ready 24/7. I drive with a long lens or binocular in my lap most the time…just in case.

Recently, a place called Baytown Nature Center kept arriving in my inbox daily with reports of strange and unusual bird sightings. Daily, I tell you. We’d not ever heard of this place, much less been to it, and frankly I don’t know why. I’ve lived in Houston all my life; I thought I’d seen all the nooks and crannies.

We packed up the gear and headed out as a family for this one. There would be a lot of hiking from what I knew, and we would need all eyes looking for these special particular birds, as well as all others for the count:

What is this awesome place that there are so many vagrants who are crashing the place and calling it temporary home?

It wasn’t too far of a drive for us, certainly no further than a trip to Galveston or Bolivar, and at least aerially it looked like an oasis of a place surrounded by water. Our favorite. 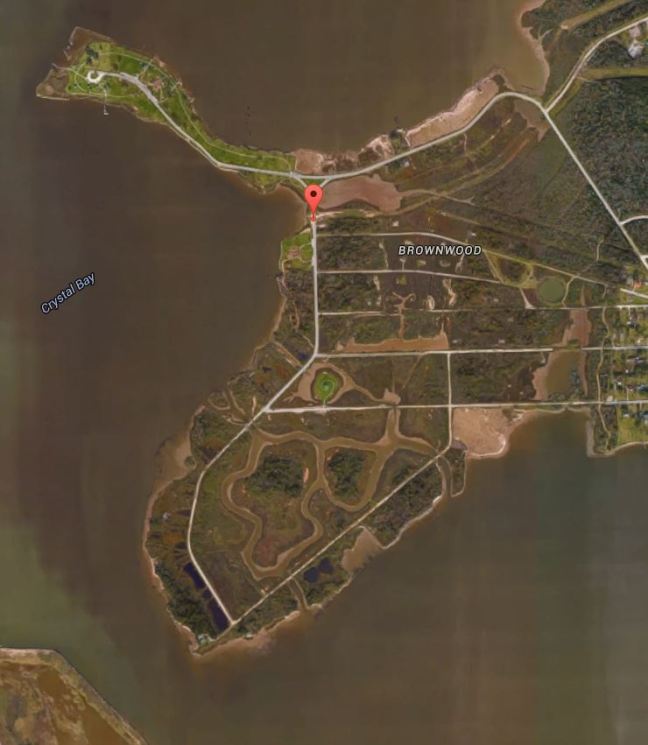 What of the streets criss-crossing the map? We learned what they were, why they were. Brownwood Subdivision, the site on which the park now sits, has a long, sordid and unique history that ended well (I think).

Whenever we think of flooding and water damage in the Houston area, we immediately picture the pile of debris up and down our street from house-guttings or the Bolivar Peninsula when the same hurricane wiped it off the map seven years ago.

Oh, don’t worry. It’s all better now. We wound up with a new roof after being displaced for only three months during the remodel. (Some of our neighbors took more than a year.) Bolivar residents had to build entirely new structures with their restoration funds from FEMA and Texas Windstorm insurance.

Being on the Gulf Coast of Texas, we are no strangers to the hurricane or tropical storm. The Gulf of Mexico is a veritable storm funnel. In my own lifetime and recollection, there have been more than a dozen such disasters, being stranded in floods or marooned without electricity or phones. The brand-spanking new beach house we rented earlier this year was apropos to the record flooding we escaped in Houston that very same weekend. The winds rocked and rolled us and removed power, but it was nothing like our friends and family were facing inland.

Subsidence is flooding only more nuanced, less…expected than the natural disaster. It happens slowly over perhaps decades as ground water is methodically drawn from the aquifer beneath, drawn faster than it can be replenished by nature. As the clay soil compacts and fills in the empty gaps in between, the result is a slowly sinking land mass above it.

When it rains, these subsidence areas then become literal bogs with people’s houses sitting in the middle of them. It sucks for these people whenever it rains in the slightest. Some lessons we may never learn, I fear. This is what happened to Brownwood.

Their saga might have started as nearby refineries sucked the ground right out from beneath them in the 1950’s. It certainly did help that Hurricane Carla blew through there in the 1960’s. But when Hurricane Alicia pummeled our area in the 1980’s, the residents gave up their homes and dreams of peninsula life and threw in the wet, soppy towel — Brownwood had all but sunk, retreating down into the bay 10-15 feet.

After a long, legal battle through the 1980’s and 90’s, all was finally made right when a conglomerate of companies purchased their land in accordance with Superfund rules, creating the green belt known now as the Baytown Nature Center.

The ghost town remnants remain. You can see it when you walk, feel it, even.

That was the short, truncated version. Somewhere in all of that were German prisoners interred during WWII and the Battle of San Jacinto — where Texas won its independence from Mexico in 1845 — fought right across the channel from Wooster’s land grab (which he’d purchased from Stephen F. Austin’s Old Three Hundred). It’s some sweet Texas history, if you’re up for the read.

It’s an eerie place to walk around, even if you don’t know the history. Paved roads are evidence that something existed here before. There were a few foundations sprinkled throughout, complete with laid ceramic tile from what once was someone’s bathroom.

“It’s like walking through an episode of Life After People,” my husband said. It’s nice to know that even if we humans can f*ck up our surroundings easy enough through our daily living, Mother Nature will eventually clean it all up without our help.

Still, it was weird walking through the woods and foot-paths, along cracked paved streets that were really only about 30 years old (or 30 years new?). Nature prevails and refineries are still cranking out their gold in the distance.

View from Turtle Pond (where we saw
the Least Grebe (250), our only new bird for the day.)

It wasn’t the best day for pictures as most birds were waaaay off in the distance, in the reeds, or in the shadows. I didn’t even bother putting on the wide angle. But the kids, the hubs, and I enjoyed our nature walk in the bright beautiful day and counted a total of 42 species at the park.

7 thoughts on “Ghost Birds: When Flooding Makes A Ghost Town”